COVID 19 UPDATE Monday, May 11th: We will resume seeing patients according to by the County of Boulder and State of Colorado. We will take all necessary and required procedures to meet your healthcare needs. Our hours of operation will be modified to Monday, Wednesday, and Thursday 8:00AM to 1:00PM and 3:00PM to 6:00PM.

Would you like to switch to the accessible version of this site?

Don't need the accessible version of this site?

The picture below shows a human skull, or cranium. We all have one, but most of us know very little about the functioning of our cranium during life. We know that the jaw, or mandible, goes up and down to chew our food; and we know that the whole skull contains and protects the brain, which represents a full 80% of our central nervous system. The skull is made up of 22 interlocking bones (not counting the small bones in the ear or the lower jaw bone) which are in a constant rhythmic motion. This motion coincides with the pumping of cerebrospinal fluid inside the skull and up and down the spinal canal. This fluid bathes and nourishes the nerves. Cranial motion stimulates the pituitary gland and is a major influence on the hormonal / gland system.

One of the most critical aspects of the cranial structure is a lining that attaches to the inner surface of the skull. This lining is known as the dura mater, which means "tough mother" in Latin because it is the toughest tissue in the body. The dura is critical to every aspect of life. This membrane, thin and strong like the nylon in a parachute or backpack, adheres to the inside of the skull. It then exits the skull and physically anchors into the upper neck region and to the sacrum (which is the triangular bone between the pelvis). If something were to cause a pull or contraction in the dura in or near its attachment points in the skull, this contraction would also be transmitted to the neck and low back regions. In fact, this process has been filmed. This state of contraction in the dura is a reality. The trauma of the birth process assures this, because during birth the shape and motion of the skull become distorted. The tension arising in the cranium from this distortion actually creates specific vertebral subluxations! The tension also infiltrates the fascia, a continuous thin sheath that surrounds every bone, blood vessel, muscle, and organ in the body!

Dr. Boyd, an osteopathic physician involved in cranio-sacral research, discovered a way to release the contraction in the dura that predisposes us to have spinal structural problems and other health problems which are caused or worsened by the dural contraction. Even though his technique is simple (though very precise), it balances the individual segmental problems in the spinal column. In short, it enables the chiropractor to adjust the spine without having to move the individual spinal bones! By relaxing the tension in the dura where it attaches to the neck and sacrum, the spine realigns itself. The relaxation that takes place in the soft tissue around the blood vessels allows better blood circulation, which in turn encourages healing in all of the tissues in the body. The Bio Cranial System has enabled many patients to enjoy faster and more lasting improvements than they have experienced with other methods. In many cases, people with very chronic and entrenched problems have responded well, even after long periods of frustration following the use of other medical and holistic therapies.

What Types of Disorders Respond Favorably with the BCS?

Many! And, practically anywhere in the body. The Bio Cranial System is the result of completely original research that addresses the basic cause of a wide range of illnesses and disorders, including, but by no means limited to:

Who Benefits From Bio Cranial System?

Bio Cranial practitioners report many different conditions respond favorably to this system. Comments range from, "WOW!" to "THAT'S AMAZING". All age groups, infants, children, working class to senior citizens, respond equally. Most people report they have more energy and less pain. Parents report that "children don't get sick as often". Older people report, "I can stand straighter and have more freedom of motion". 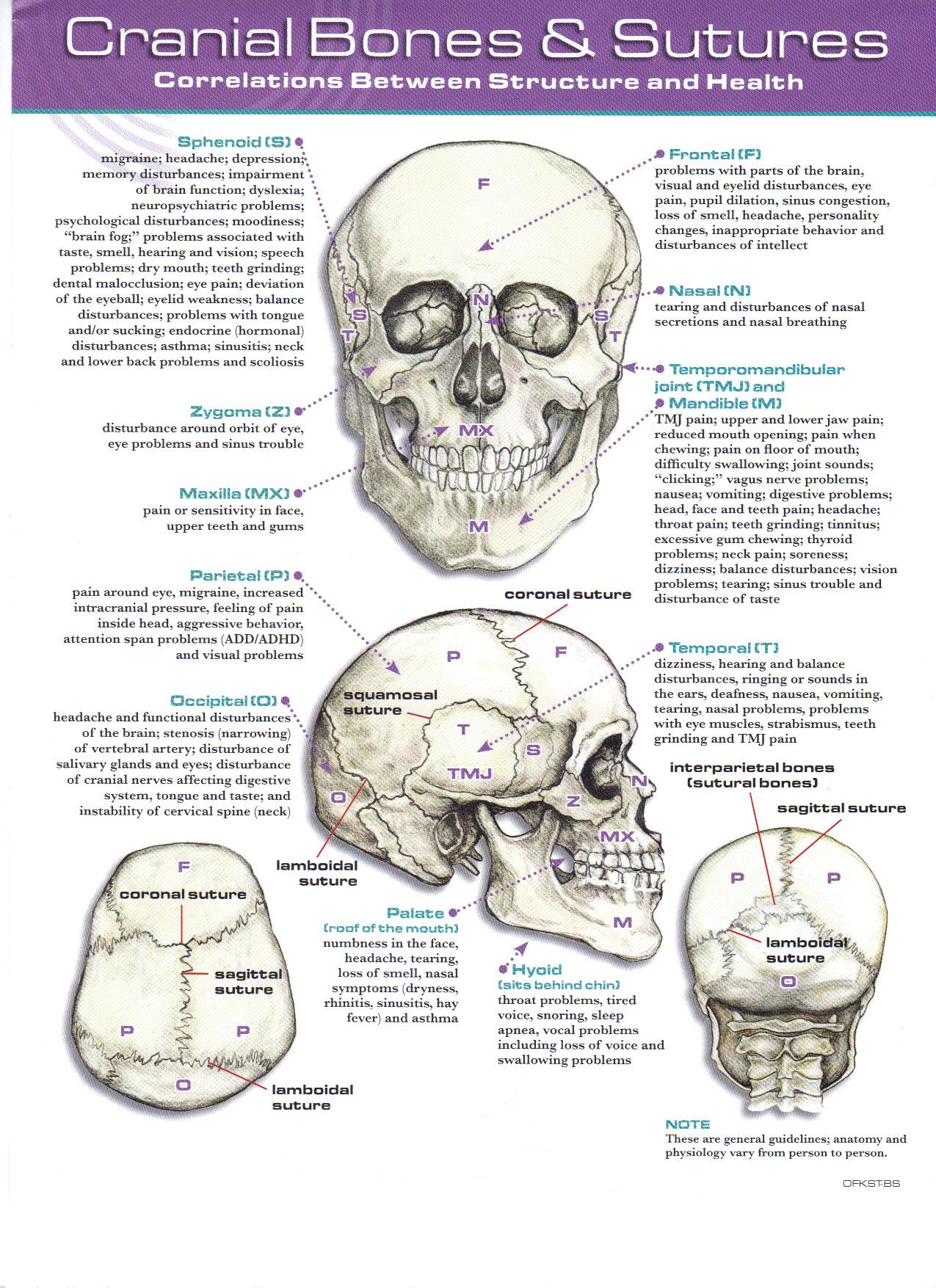 Find Out When We Are Open

View Where Our Office Is Located

We look forward to hearing from you.